The extraordinary qualifications, character, experience, integrity and commitment to upholding the United States Constitution that Ketanji Brown Jackson will bring to the Supreme Court is needed now more than ever. As a two-time Harvard University graduate who currently serves on the D.C. Court of Appeals, widely known as the second most powerful court in the country, Judge Jackson is a seasoned and skilled jurist with a wide range of judicial experience: from working as an assistant federal public defender representing indigent defendants to serving as vice chair of the U.S. Sentencing Commission for several years.

This nomination, while historic, is not symbolic.  It represents the inclusion of not only a skilled jurist on the Court, but the opportunity to bring a diversity of thought, lived experiences and perspective that has never been represented on our nation’s highest court in the 233 years of its existence. As Black women engaged in professional, civic and community endeavors across this country, we remain one of the most engaged voting demographics committed to protecting and advancing democracy for the benefit of all Americans. However, Black women remain vastly underrepresented throughout the judiciary, even as many decisions before the courts have disparate impact on Black women, mothers, families and communities; from matters related to voting and reproductive rights to criminal and environmental justice.

A strong democracy can only thrive when the people of the nation are reflected in the leadership of the nation. To this end, Delta Sigma Theta Sorority, Incorporated strongly urges the United States Senate to move with fairness and respect to expeditiously execute this nomination process and confirm Ketanji Brown Jackson as an Associate Justice on the Supreme Court. In doing so, we are confident that her confirmation will bring the country one step closer to achieving greater judicial diversity and a judicial system that better represents all Americans. 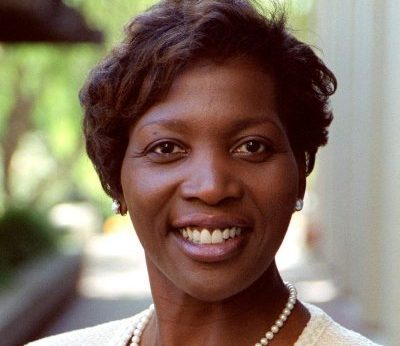 Dr. Lisa Cook Confirmed to the Federal Reserve Board of Governors

We were deeply saddened to learn of the one-millionth death...