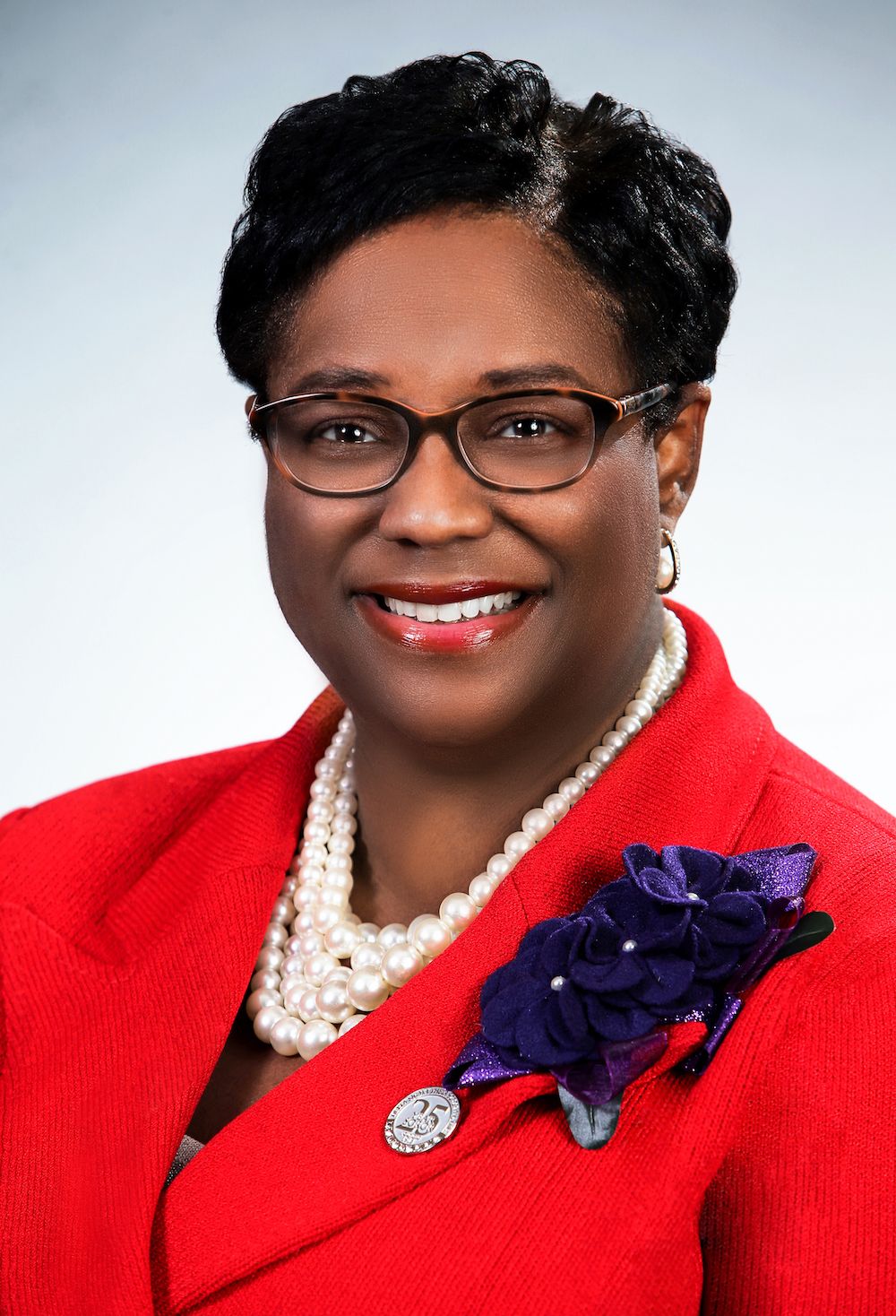 Cheryl A. Hickmon a native of Hartford, Connecticut was re-elected the National First Vice President of Delta Sigma Theta Sorority, Incorporated at the 54th National Convention in New Orleans, Louisiana. Cheryl comes to this position with more than 37 years of committed service to Delta Sigma Theta Sorority, Incorporated. She is a Golden Life Member initiated in the Alpha Xi Chapter at South Carolina State University and is currently a member of the Hartford Alumnae Chapter.

Her service to the sorority has encompassed various elected and appointed positions at the national, regional, and local levels of leadership. Some of the positions in which she has served Delta are: National Secretary, Eastern Regional Director, South Atlantic Regional Representative, Co-Chair of the National Documents Review and Revision Task Force, Co-Chair of the National Leadership Academy, and Chapter President of the Hartford Alumnae and Alpha Xi Chapter.

Professionally Cheryl supervises the In Vitro Fertilization Laboratories for Andrology and Endocrinology at Montefiore’s Institute for Reproductive Medicine and Health a division of the Montefiore Medical Center and a teaching hospital of the Albert Einstein College of Medicine.

Outside of her leadership in Delta, Cheryl has served with the Children’s Defense Fund movement – The Daughters of Tubman Sisters of Truth under the leadership of Children’s Defense Fund Founder, Marian Wright Edelman. Additionally, she is an avid skier and a founding member of the Thrillseekers, Inc. Ski and Adventure Club of New York, and a member of the National Council of Negro Woman, and the NAACP.

Cheryl has received several awards including the “100 Most Influential African Americans in the State of Connecticut” by the Connecticut Chapters of the NAACP, Outstanding Accomplishments and Achievement Award from her Alma Mater South Carolina State University, and the Citizen of the Year Award from Omega Psi Phi Fraternity, Inc. (Tau Iota Chapter).